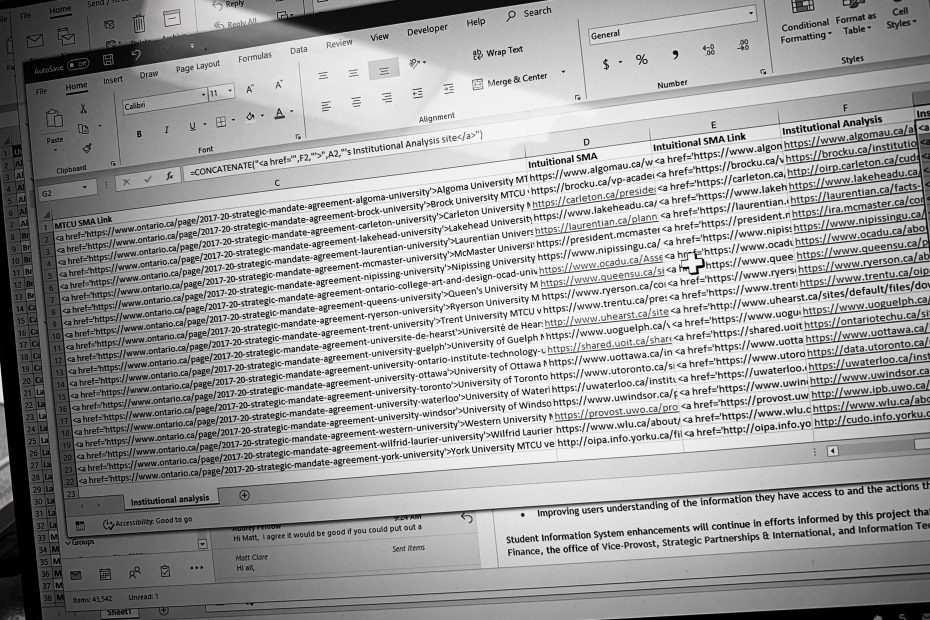 From 2017 to 2020 Ontario universities’ growth and 4 percent each of university’s funding from the Ministry of Training Colleges and Universities (MTCU) is governed by individual Strategic Mandate Agreements (SMAs) struck between MTCU and each University.

A portion of Ontario Universities’ ongoing relationship with MTCU and the provincial government is also governed by these agreements.

In 2013 MTCU adopted a policy framework that outlined a goal to pursue greater institutional diversity in the PSE system through negotiations with each institution. The framework included incentive funding in areas with system-wide measurements defined by the government and institutionally-identified incremental funding tied to desired outcomes proposed by each PSE institution with performance measurements and indicators. The framework centred around the establishment of a three-year SMA with each institution. Each party proposed targets and measures and the outcome was the establishment of an SMAs with each PSE institution and MTCU in 2014. The second phase of the SMA process, dubbed “SMA2”, was negotiated in 2016 and runs from 2017 to 2020.

MTCU maintains a list of university and college SMAs on their website. The table below includes links to current “SMA2” on the MTCU web version, the signed version found on respective university’s web sites, and a link to each university’s Institutional Analysis office.